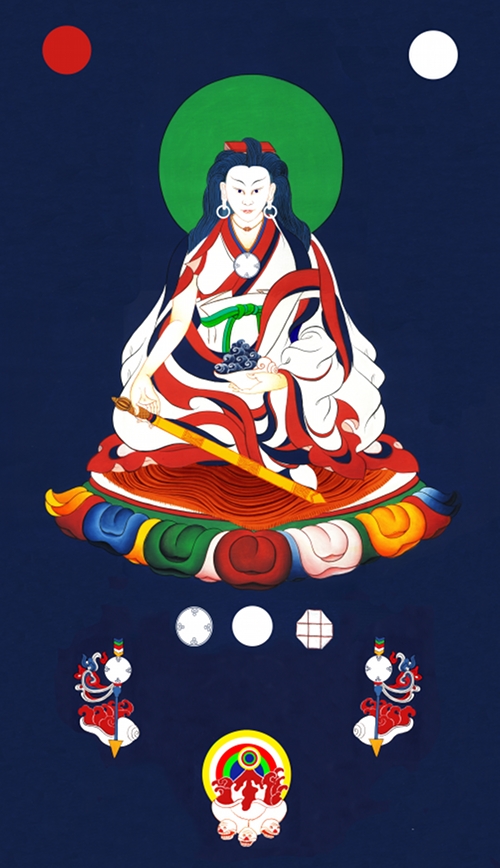 Khandro Chö-ying Nyima ’ö-Zér was the daughter of a Tibetan father and a Chinese mother. She was brought up in Amdo and became the consort of Rinchen Gyaltsen Rinpoche, but unfortunately became a widow early in life. She decided to live as a wandering yogini and met with a yogi called Ngakpa Dawa Ngödrüp – whom she eventually married. She later became one of the five adoptive mothers of Aro Yeshé

Khandro Chö-ying Nyima ’ö-Zér is shown holding a conch brimming with a lake of wisdom water in her left hand. In her right hand she holds the sword of wisdom. She wears a book-style takdröl in her hair and wears a yeshé mélong (wisdom mirror) at her heart.