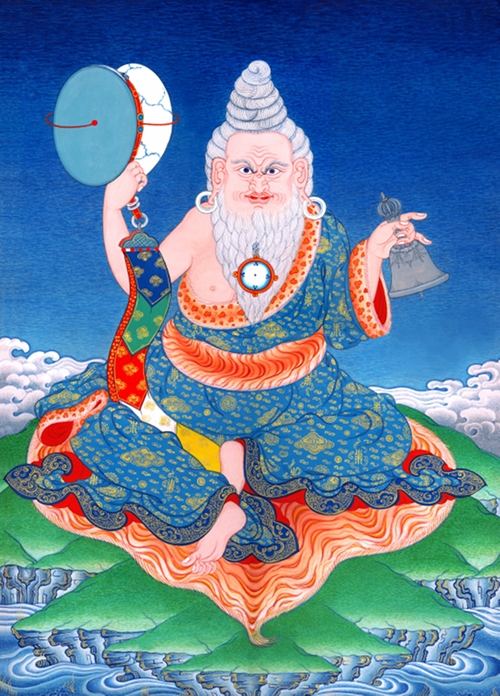 Rang-rig Togden was a powerful gÇodpa who was born into the A-Kyong clan from Golok. Until meeting with Jomo Pema ’ö-Zér, he had been a wandering gÇodpa, but she instructed him in practices of Dzogchen long-dé. They practised all their lives in caves and spent almost all their elder years in retreat.

Rang-rig Togden is shown wearing a blue chuba trimmed with the skins of tigers and leopards. He is shown sitting on an island which indicates that he spent his life as a reclusive hermit. He is shown with a mélong braided into his beard in depiction of his practice of Dzogchen long-dé.