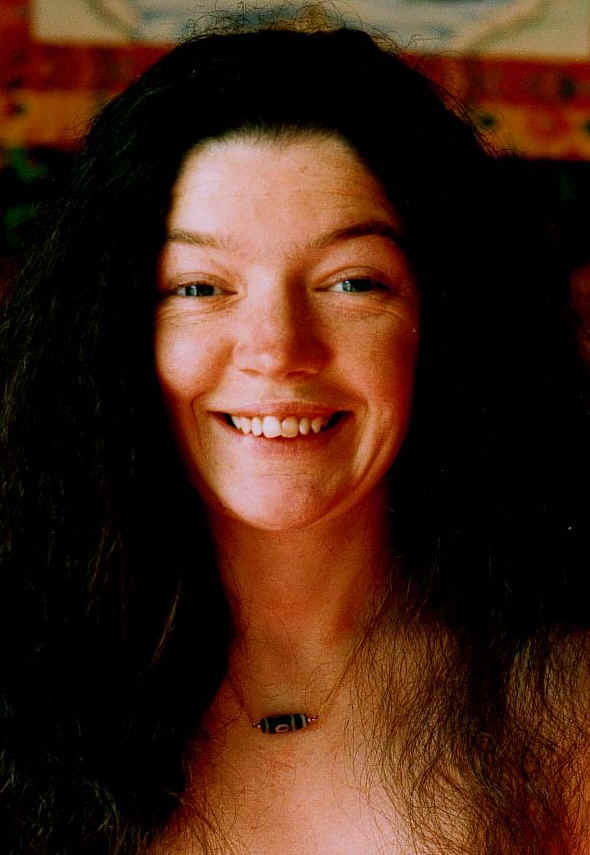 Khandro Déchen was born in 1960 and raised in Newbury, Berkshire, England. She undertook a nursing degree at the Welsh National School of Medicine and eventually specialised in hospice home care nursing.

Khandro Déchen rode horses as a girl and is a keen horsewoman – both in the area of jumping and dressage. She is currently studying the curriculum of the British Horse Society in riding and stable management – and encourages horse riding apprentices in the meditative dimension of horseriding.

She became a Nyingma practitioner at the age of 21 - and has studied and practised sKu-mNyé since that time. She became the sung-yum (spiritual consort) of Ngakpa Chögyam in 1992. They married in April 1995 and she entered into the rôle of lineage holder of the Aro gTér with Ngakpa Chögyam. Their son was born in 1996, followed by a daughter in 2003. As a Lama representing a family lineage of the gö-kar-chang-lo’i-dé, Khandro Déchen currently takes parenthood as a central aspect of her life.

Khandro Déchen has made severalpilgrimages to the Himalayas. She has studied iconographic drawing and thangka painting since 1995. She draws most of the image references for practice within the Confederate Sanghas of Aro, and provides many of the line drawings for Aro publications. Her life’s work is dedicated to drawing the entire Aro gTér cycle of one hundred and eleven awareness-beings.

Khandro Déchen inspires people through her radiance and startling simplicity rather than through giving formal public teachings. She is known for her warmth, her playfulness, and the humour of her approach with individuals. She prefers to speak personally with individuals rather than to address groups – but often makes dazzling interjections when Ngakpa Chögyam is teaching.